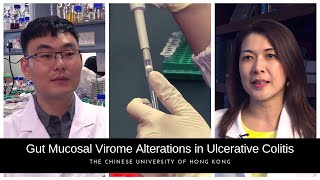 Population Density and Risk of Inflammatory Bowel Disease: A Prospective Population-Based Study in 1

Inflammatory bowel diseases (IBD) are becoming more common in Asia, but epidemiologic data are lacking. The Asia-Pacific Crohn's and Colitis Epidemiology Study aimed to determine the incidence and phenotype of IBD in 8 countries across Asia and in Australia. We performed a prospective, population-based study of IBD incidence in predefined catchment areas, collecting data for 1 year, starting on April 1, 2011. New cases were ascertained from multiple overlapping sources and entered into a Web-based database. We identified 419 new cases of IBD (232 of ulcerative colitis [UC], 166 of Crohn's disease [CD], and 21 IBD-undetermined). The crude annual overall incidence values per 100,000 individuals were 1.37 for IBD in Asia (95% confidence interval: 1.25-1.51; 0.76 for UC, 0.54 for CD, and 0.07 for IBD-undetermined) and 23.67 in Australia (95% confidence interval: 18.46-29.85; 7.33 for UC, 14.00 for CD, and 2.33 for IBD-undetermined). China had the highest incidence of IBD in Asia (3.44 per 100,000 individuals). The ratios of UC to CD were 2.0 in Asia and 0.5 in Australia. We performed a large-scale population-based study and found that although the incidence of IBD varies throughout Asia, it is still lower than in the West. IBD can be as severe or more severe in Asia than in the West. The emergence of IBD in Asia will result in the need for specific health care resources, and offers a unique opportunity to study etiologic factors in developing nations.